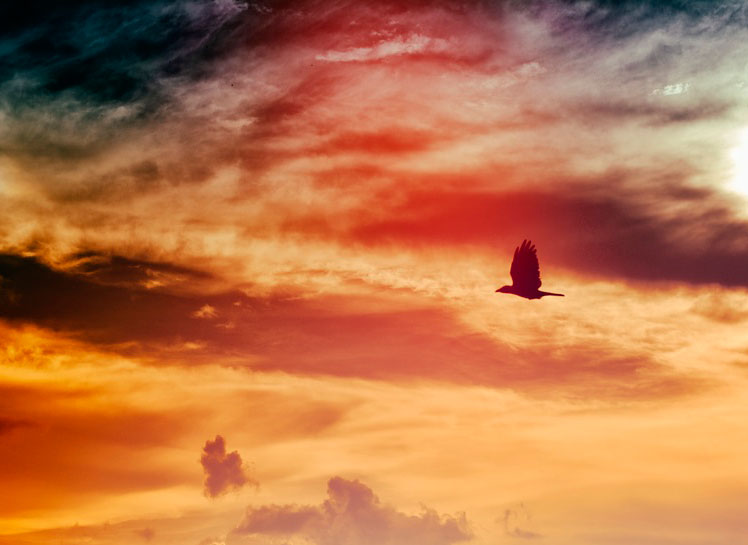 Success is not a stereotype. Success is not an automobile. It’s not a house. It’s not a plan. It’s not money in the bank. That’s not success. Success is the continual unfolding of the design of our life and pulling it off. That’s what success is. Being successful in whatever you want to do that makes sense to you, for you and your family. Take on responsibilities or refuse them, it’s all up to you. We’ve been given the power of choice.

Related: We All Have 2 Choices in Life…

Every life form except human beings operates by instinct in the genetic code. It has no multiple choice. Only humans have multiple choice. In the winter, the goose flies south. Why? Because he’s a goose. He couldn’t fly west. If you said to the goose it’d be better to go west this year, he’d ignore that advice. He’d keep on flying south. Why? He has no alternative. He has no other way. He is only driven, as all life forms are driven, by instinct in the genetic code. Except human beings. Now why not human beings? Because we’ve been given the dignity of choice. We’re not like a robot. We’re not stuck like a tree, using up all the nourishment and, with nothing left, you die because you can’t change locations. Not true. Humans can go north, south, east, west. Humans can change and do anything they want to do. We’ve been given the dignity. But here’s what’s interesting about all life forms except humans: Every life form except humans strives to the max of its potential. How tall will a tree grow? As tall as it possibly can. You’ve never heard of a tree growing half as high as it could. No, that is impossible. A tree grows as high as it can, drives down every root it can, produces every leaf it can, extends itself as far as it possibly can. Every life form extends to the max, except human beings. Now why not human beings? Because we’re not robots. We’ve been given the dignity of choice.

Do It All or Don’t

Be part of or all of what you have the potential to be. You’ve got the choice. Do a little to make yourself comfortable and forget the rest, or do it all. There’s nobody here to dictate you’ve got to do it all. That’s nonsense. You’ve got to be rich because we live in a rich country. That’s nonsense. You don’t have to be rich. You don’t have to do it all. You can do a little, do some, do some more. Take advice, but don’t take orders. Take information, training, teaching, but don’t take orders from anyone who tells you how you need to live and what you need to own and what you need to do. Somebody says, “Well, you need to be successful.” That’s a personal choice, being successful. What we teach is the possibilities, and everybody chooses. Take a little, take a lot, do something, do nothing or ignore the subject. Abraham Lincoln said, “As I would not be a slave, so I would not be a master.” Excellent philosophy. A guy says, “Hey, I’m soon cashing it in and I’m heading for the mountains. I’m going to live in a little cabin, live off the land and feed the squirrels.” If he goes and does that, guess what—he’s a smashing success. Why? He’s doing what he designed to do and pulled it off. You can’t say, “No, no, that’s not successful.” That is the epitome of success—giving a design to your life and pulling it off to make progress in the direction that satisfies you. If it doesn’t satisfy you, make alternatives and change. If you get some better ideas, sure, you might follow someone’s suggestions and ideas, but not orders.

Design your own life like you want it. Now if you can take on some responsibilities, you’ve got to consider those. Yes, you can ignore your responsibilities, but you won’t feel good about that. Here’s what the old prophet said: “Some things that taste good now in the mouth turn bitter later in the belly.” So you don’t want to sacrifice. We all must suffer one of two pains: the pain of discipline or the pain of regret. What we suggest to everybody is to consider the disciplines because disciplines weigh ounces; regrets weigh tons. You don’t want to substitute a discipline for a regret. In our opinion that would be a poor choice. Now you can do it, but some things are poor tradeoffs. The old prophet said, “What if you gain the whole world but it costs you your soul?” Would that be worth it? With a bit of intelligence, we say no, that doesn’t seem worth it even if you’ve got the whole world if you traded your soul. That experience would be so bitter and awful and so devastating, it wouldn’t be worth it. What if you got some gain by greed instead of legitimate ambition? I’m telling you, it might taste good up front, but it’s going to turn bitter in the belly. And a bit of that advice saves some people from devastation. Say, “Well you’re right. I’d better think twice about that.” So we must confront all laws. Spiritual laws, agricultural laws, basic laws, fundamental laws. We must confront all of those. But you still now can design your own life. A little or a lot. Go east, north, south.

Related: How to Go From Making a Living to Designing a Life